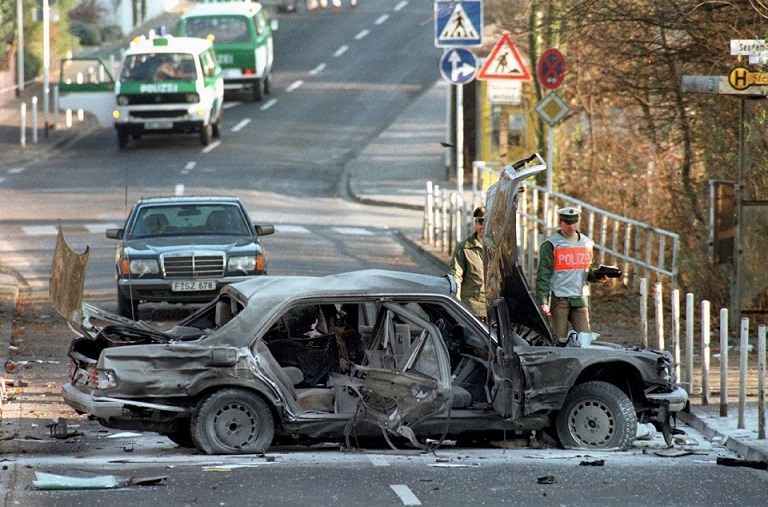 Wolfgang Grams, RAF terrorist, killed in a police shoot out in 1993 was
thought to be part of the 1989 murder of high placed banker Alfred
Herrhausen. This documentary interviews people close to Herrhausen and Grams
showing what made them the people they became.