UNDER THE SAME SKY. Films for people who defy labels 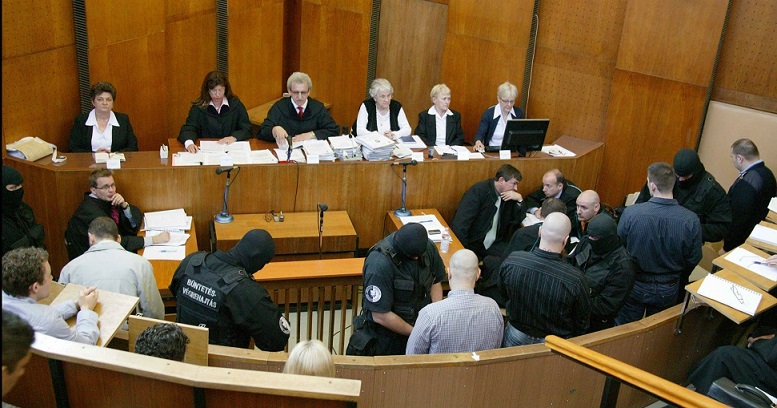 In 2008 and 2009, a group of Hungarian right-wing extremists committed a series
of attacks on random members of the Roma community. Six people were killed,
including a five-year-old, and another five were injured. The trial of the four
suspects lasted two-and-a-half years, and the verdict was passed in August 2013.
Director Eszter Hajdú filmed the trial and condensed it to create an oppressive
Kammerspielfilm starring the cold-blooded suspects, an irritable judge, and the
victims’ families. Without any commentary, Hajdú recorded the drawn-out and
sometimes chaotic trial from the cramped courtroom’s public gallery. A small
static camera shows the judge’s point of view, while close-ups highlight the
emotions of the people touched by the crime. Sometimes we see the protagonists
outside the courtroom, for example during the reconstruction at the crime scene.
At the start of the trial, the victims and next of kin assume there will be
justice, and they have faith that the Hungarian authorities will protect them.
But will the extremists be found guilty? The widespread anti-Roma sentiment in
Hungarian society, and the bungling (intentional or otherwise) on the part of
the police give them reason to fear they will not.” (Quote from IDFA catalogue).