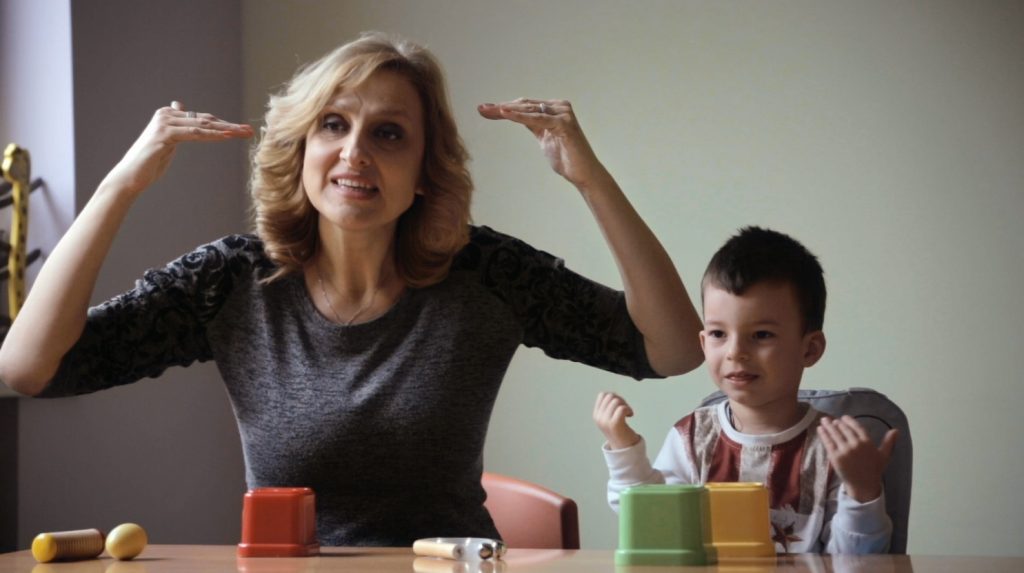 Tania, an auditory-verbal therapist, runs her own centre for deaf children. Her professionally unqualified eldest daughter Kathy (20) has to take over and take care of her teenage sister, when her mother goes abroad for treatment. Will the strong bonds of family and friendship help the mother and her daughter to meet the challenge?

PETYA NAKOVA studied Film and TV Directing at NBU, Sofia and debuted with the documentary Roma Quixote (2013, co-dir. Nina Pehlivanova), selected at Cottbus IFF, Millenium IDFF, Golden Rhyton, etc., and nominated by BFA for Best Documentary Debut. Directed the short documentaries Talk to Me and Until We Have Hearts. She is the author of two books of documentary stories.