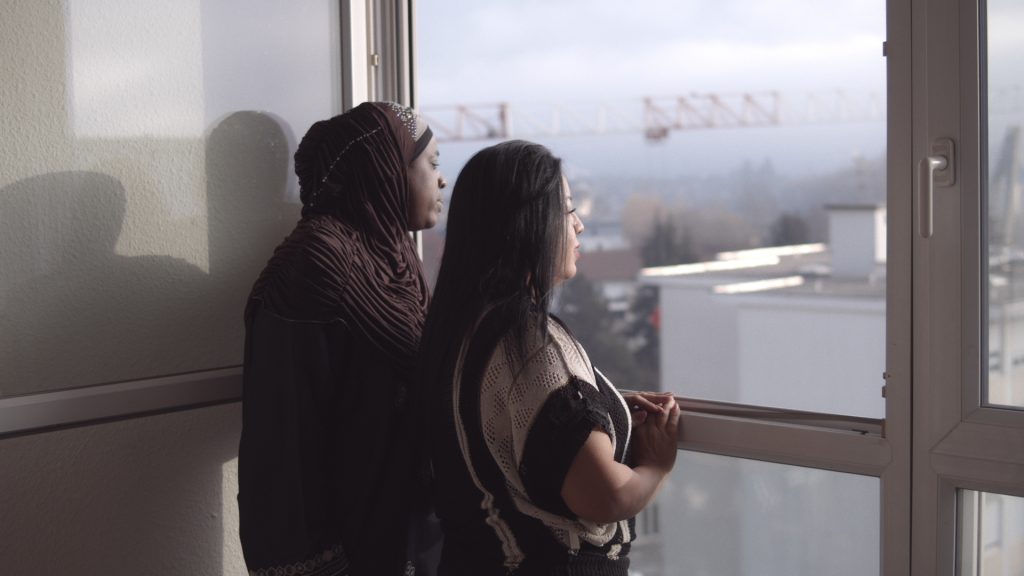 By a river, between a large forest and a snow-capped mountain, towers emerge in the middle of the mist: The Islands. Its inhabitants seem to have been living here forever. However, they will soon have to vacate their apartments. Here, a few kilometers from Switzerland, 257 families are getting ready to move out. The public housing neighborhood will be demolished, leaving room mostly for private residences.

MAXIME FAURE (director) & ADAM W. PUGLIESE (architect) forge common links between architecture and documentary cinema: fieldwork, sensitive to the territories, listening to those who inhabit it. In 2021, immersed with the families from The Islands public housing neighborhood (France), they co-directed THE ISLANDERS, before the buildings were completely demolished.