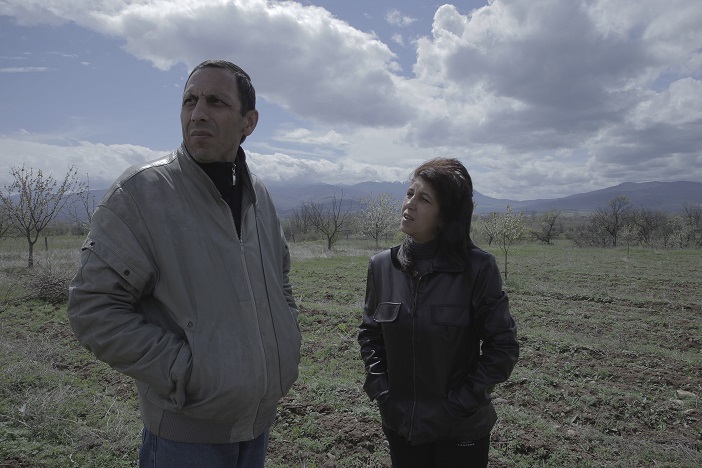 To be able to live “Like a Bulgarian” in the town, Valeri pays off a large
credit, which forces his wife to work in Greece. The parents of Dalila are
also working abroad to spare money for her graduation ball, which is like a
sumptuous wedding. Svetla (a Bessarabia-Bulgarian from the Ukraine) has
created a family with a man of Roma origin. The film follows the birth of her
second child and the first visit of Svetla’s mother from the Ukraine. Emo
lives in the real ghetto and when he was asked “What is the integration?”, he
replied “Well, to go to Germany”. Watching, the film follows the events in the
life of four such persons for a period of one year.

Nina Pehlivanova: In 2010, she graduated from New Bulgarian University (NBU)
as film director. In secondary school, she dedicated three years to the
Bulgarian Youth Red Cross, where she acquired experience in working with
minorities and social institutions. At the same time, she was a member of
NISI MASA – European Network of Young Cinema. Since 2009, she has been
working as second assistant-director in various Bulgarian feature films. She
is organizer of film challenges in the informal artistic platform “CineMafia”
(http://sofiashort.com/). She worked several years in the Guests Department
at the International Sofia Film Fest. She undertook training and fulfilment
as producer of documentary films. She believes that producers are the “social
glue”, capable of transforming people into communities. After completing the
documentary “Roma Quixote”, Nina works in numerous fiction movies as first
and second AD and develops the international distribution department at
Concept Studio SLTD.

Petya Nakova: In 2010, she graduated from New Bulgarian University (NBU) as
film director. She worked as scriptwriter for a talk show about human rights
and freedoms, as director of short films, second assistant-director in a TV
series. She is a freelance author, writing primarily for websites. Her
articles are published in Kino Review and in the daily newspaper Trud. In
2012, Iztok-Zapad Publishing House issued her first book entitled “The
Preacher and the Black Horse”, which is a documentary investigation into the
life of a protestant pastor during the time of communism. The investigation
done for the book laid down the basis for the work on the film “Roma
Quixote”.