A PORTRAIT ON THE SEARCH FOR HAPPINESS 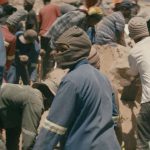 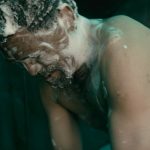 Three diamond diggers in South Africa are searching for the precious stone that will change their future forever. In their pursuit of happiness, they struggle to take their land back and a story ignored by the media unfolds.

BENJAMIN ROST studied directing film at Filmakademie Baden-Württemberg till 2020. He realized a lot of documentaries for the German Television. His films were screened at various festivals like Dok Leipzig, Dokfest München, Max-Ophüls-Preis, Hof International Filmfestival a.m.m. From 2017 -2019 he lived in South Africa and Rwanda to support the launch of the Youth Television Channel „Iwacu“ for the German Developement Organisation (GIZ). In 2019 he was participant of the Documentary Campus Masterschool with his Debut #Harraga.