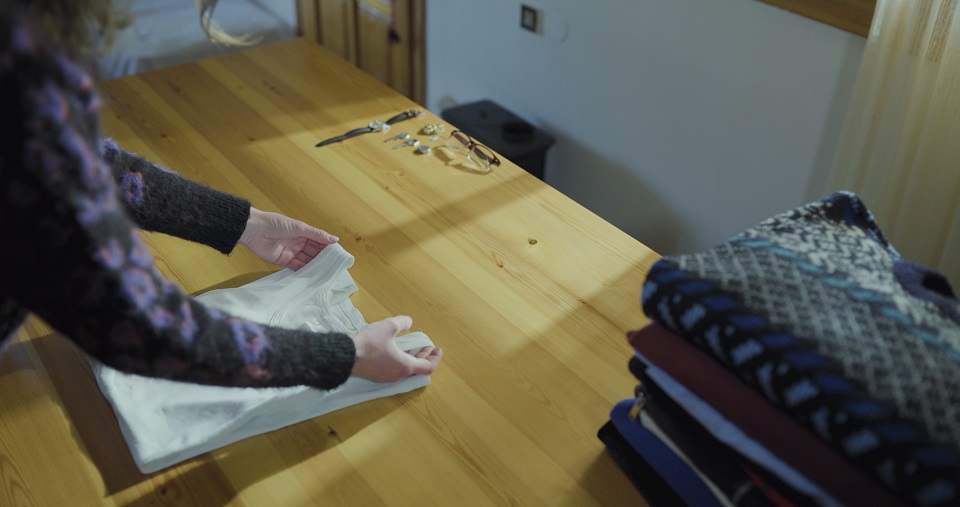 A film based on the archives of the International Criminal Tribunal for the former Yugoslavia, the local courts of the region that dealt with war crimes that were committed during the Yugoslav wars from 1991 to 2001, and the relevant media reports of the time. It focuses on the events that took place around the fall of Vukovar in November 1991. Through a juxtaposition of court and news media narratives of the time, with reenactments and archival footage, it aims to question the role of media as a propaganda tool from its respective initiators and their agendas, as well as the intertemporal dangers of mis- and disinformation.

Nikos Kostopoulos (1982,GR) is a filmmaker and visual artist that researches the use and politics of physical and virtual public space. How it affects our daily lives in general and more specifically its role in certain private stories or historical events. He has an MA in Photography from AKV St. Joost (2017,NL). He has completed audiovisual productions since 2010 in Europe and Western Asia and participated in various exhibitions and festivals with his work such as SKG Bridges Thessaloniki (2019,GR), Tbilisi Photography Festival (2019,GE), T-huis at Hommes Gallery Rotterdam (2018,NL), Electro Arts Festival at Cluj-Napoca (2018, RO), Organ Vida International Photography Festival (2017,HR), South Explorer Rotterdam (2017,NL), Research Lab at Eye Film Museum Amsterdam (2016,NL), PhotoMonth at London (2015,UK), Photoville at New York (2015,USA). In 2020 he co-founded and runs PHĒNO space for imaginative arts practices in Thessaloniki (GR).