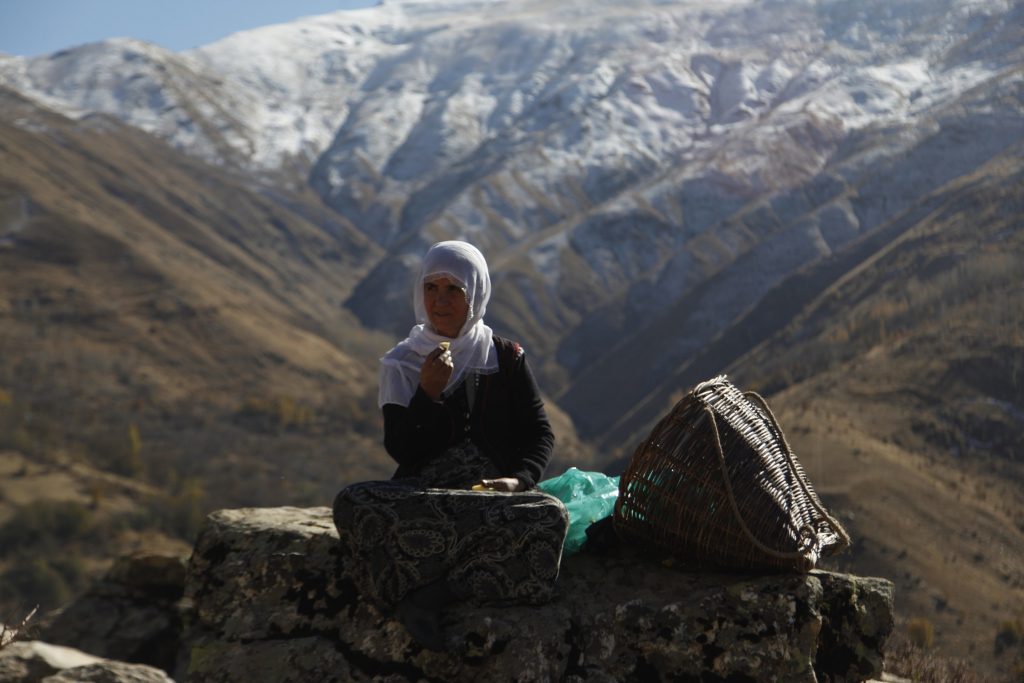 We are witnessing a long-lasting and devastating war with deep roots In Turkey, in Kurdistan. It is heard about Enes, who suddenly disappeared in 2008, that he joined PKK (Kurdistan Workers’Party) ranks, but until 2015 his family is unaware of whether he is alive or not. Having learned that Enes is in Rojava, Mother Besna’s dark, desperate anticipation is replaced with lively hopefulness and the longing for reunion. Closed borders will drag them to farther borders, to the most critical parts of the war. They will try to reach YPJ-ruled Rojava from areas ruled by Hasdi Shabi and DAISH through southern Kurdistan.

So, this is a period documentary that describes Mother Besna’s struggle for finding her son Enes in her mortally dangerous and trans-border journey.

Selim Yıldız was born in Van, Bahçesaray in 1985. He lived in Bahçesaray until his high school education. Between 2007-2010, he studied in the field of documentary photography at Istanbul Free University. Until 2013 he made three personal documentary photography works and was exhibited in many different countries and galleries. His photographs were included in 13 group photography exhibitions. After the 2011 Van Earthquake, he worked as an instructor of Anadolu Kültür and conducted two different workshops with hundreds of children in tent cities. Between 2012 and 2014, he pioneered the photography workshop they called “Good To Have You Workshop” with 60 children in Roboski Village of Şırnak. The works from the photography workshops with children were exhibited in many places and the catalogs were printed and distributed. In 2014, he was on the Şengal Mountain for his photographic work on the Êzidi Genocide, which he called “Êzidi Migration”. In 2013, he finished his first documentary film entitled “29”. In 2015, his second film “Bîra Mi’ Têtin” (I Remember) which is about the Roboski Massacre was shown at several international film festivals and received awards. In 2019, he participated in international festivals with his film “Dialogue” and received many awards. He is currently working on the 4th documentary film project “Monologue”.