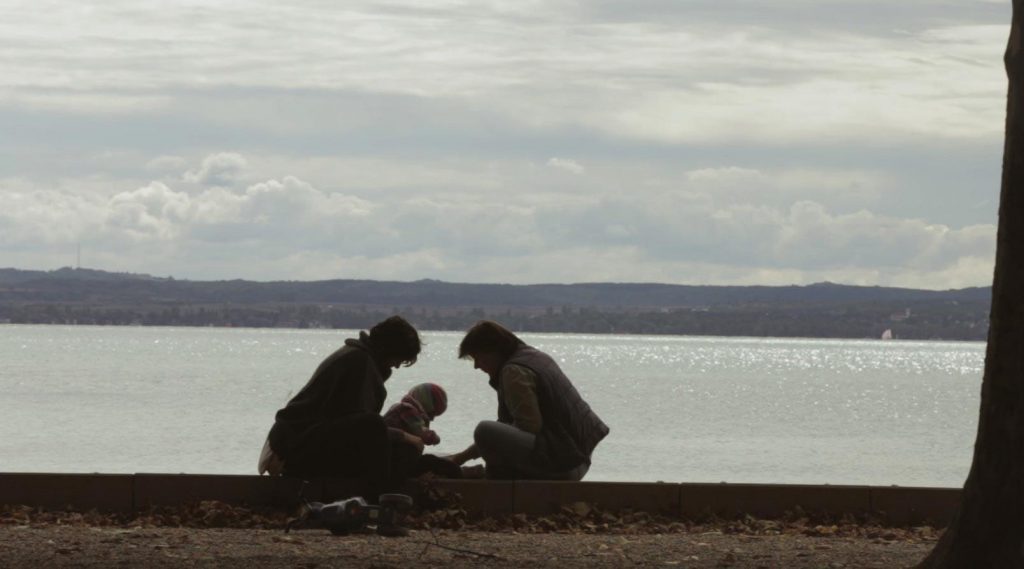 As Hungary’s political climate becomes increasingly radicalized, Virág, a former green politician, loses faith in the democratic parliament of Hungary and retires from politics. She and her musician partner Nóra decide to adopt a child and focus on building a family together. With a sensitive lens and close access, directors Asia Dér and Sári Haragonics follow the two women through their long and ultimately successful adoption process to bring home their young daughter. But tensions begin to rise between the two as Virág thrives in her role as a mother and Nóra struggles to find her place within the family. As the rising tides of right wing propaganda in Hungary begin to overflow into their family, their lives hit a boiling point and they must face the difficult decision of whether to leave their country behind.

ASIA DÉR graduated as a documentary director from the DOCnomads MA program. Her graduation film was nominated for the best short film at the Hungarian Film Festival. Currently, she is doing her doctoral studies about how the relationship between the director and the main character affects the dramaturgy and the psyche in long documentaries. She is working on her second feature length documentary, I HAVEN’T DIED, about a middle-aged man who is aiming to face his true self after surviving pancreatic cancer. She participated with her films at ZagrebDox Pro, DOCCIRCLE, and the Docu Rough Cut Boutique. She is a presidium member of the Hungarian Documentary Association.

SÁRI HARAGONICS graduated from the University of Theatre and Film Arts, Budapest with an MA in documentary film directing. She is also an honours graduate in media production from the University of Bedfordshire in the UK. Her graduation film, COMING FACE, is about what inner springs one can still find inside the family when overcoming pain and accepting the absence of a mother. The film has been screened at several festivals and won the ZOOM-IN competition at the Verzio International Documentary Festival in 2015. Sári continues that path in her next documentary-feature, DON’T WORRY, SÁRI! about the absence of mothers in her family and how this affects their family dynamics. She recently started her Doctoral studies researching how participatory video can affect our social relations — focusing on underprivileged children and youngsters.