I WISH I WAS A BIRD 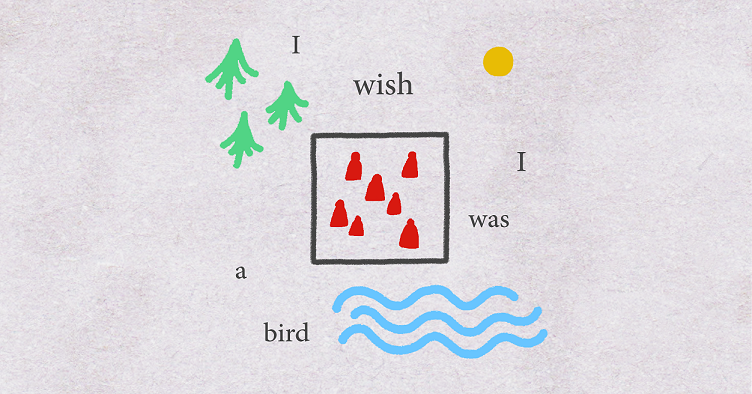 This is a diary of videos, photos, and words by Ali, who comes from Iran.
The film spans three months of his time in Greece while seeking refuge and helping others do the same.
It portrays his intimate relationship with other refugees and the volunteers who stand with them in solidarity.

Ali is from Tehran, Iran and Aya is from Burgas, Bulgaria. They met in Thessaloniki, Greece, while cooking food for refugees and others living on the city streets. Ali studied law in Isfahan university. I wish I was a bird was his first film. Afterwards he lived in Berlin for a while where he was working part-time as an art handler in different galleries and in his spare time working on new documentary projects. Aya graduated with a BA (Hons)in Film & TV from Westminster University in London. After that they travelled extensively for three years and now they’re nesting in Sofia, Bulgaria. They are part of the collectives Violetki and Fabrika Avtonomia, where they make art and community. They also work as tattoo artists and are currently mixing sound for their latest feature documentary film.