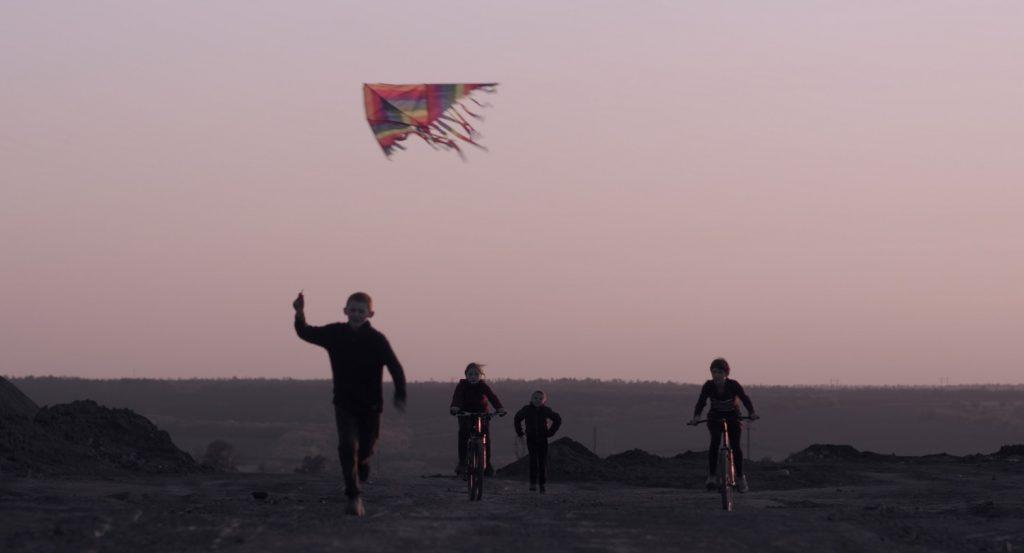 Nastya was ten when a missile fired by Russian terrorists on New Year’s Eve changed her life forever. It took her father’s life and destroyed their house. Nastya’s school is only in 500 meters from the front line. War has become commonplace. Just a part of the landscape. The only means for Nastya’s family to survive is the scrap metal they scavenge while under fire. Senya is seven years old. He is a first-grader. In the seven years of his life, he has seen seven years of war and not a day of peace. His stepfather dig graves to earn money for a new suit and backpack for Senya. This is a film about the children who live in the war zone in Ukraine.

TARAS TOMENKO was born in Kyiv in 1976 to the family of the poet Mykola Tomenko. His grandfather died in World War II snd his grandmother died at an early age due to hard labour on a collective farm. He studied in the faculty of philology at the Taras Shevchenko National University of Kyiv and at the Kyiv National I. K. Karpenko-Kary Theatre, Cinema and Television University. In 2004, he attended the campus of Berlinale Talents.