THIS IS NOT A GREEK STORY 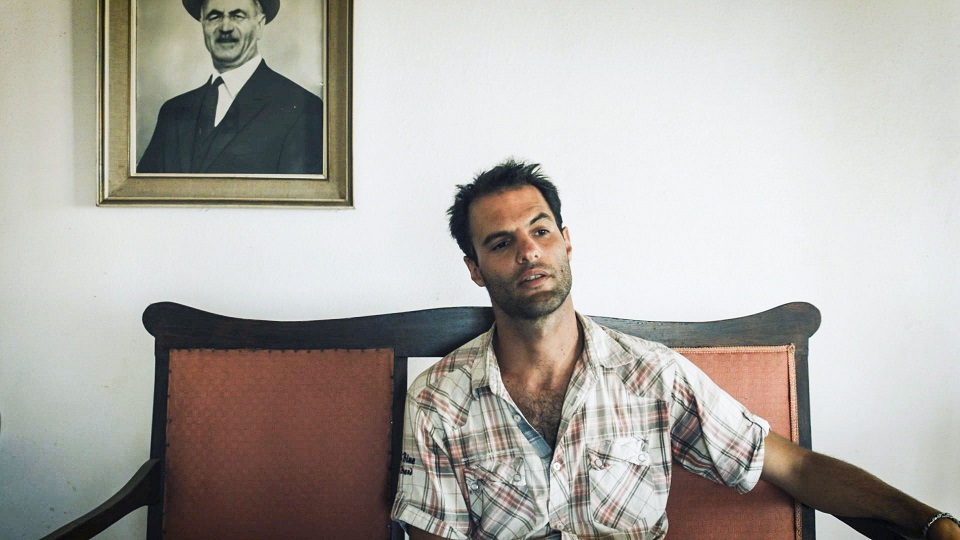 This documentary essay tries to render visible the process of globalization in
Greece and its implications from a personal point of view. Protagonist and
narrator is my friend Giorgos Epsimos, whose perspective is extended by a
glance at urban and scenic settings. The recordings were made in summer 2015
amongst others in Athens, Crete, and Northern Greece.

Jonas Englert studied art with Heiner Blum, Rotraut Pape and Alexander
Oppermann and philosophy with Juliane Rebentisch at the HfG Offenbach. For the
winter semester of 2012/2013 he studied applied theater studies with Heiner
Goebbels at the Justus-Liebig-Universität Gießen. He was awarded the Dr.
Marschner-Preis in 2012, the Johannes Mosbach scholarship in 2013 and an
honorary mention during the B3-BEN-Awards in the category Time based and
immersive arts in 2017. Since 2018 Englert is awardee of the Frankfurter
Künstlerhilfe. In 2019 he received the theory award of the Marielies
Schleicher-Stiftung. His works are part of the collections of the Hirshhorn
Museum, Washington, D.C., the Museum of Fine Arts, Boston, the Ivo Wessel
Collection, and private collections. Furthermore, he created various works in
the theatrical context, amongst others at the National Theatre Mannheim, the
State Playhouse Dresden, the Hannover State Theatre, the Theatre Bonn, and the
Berliner Ensemble. Englert is represented by Gallery Anita Beckers and lives
in Frankfurt on the Main.