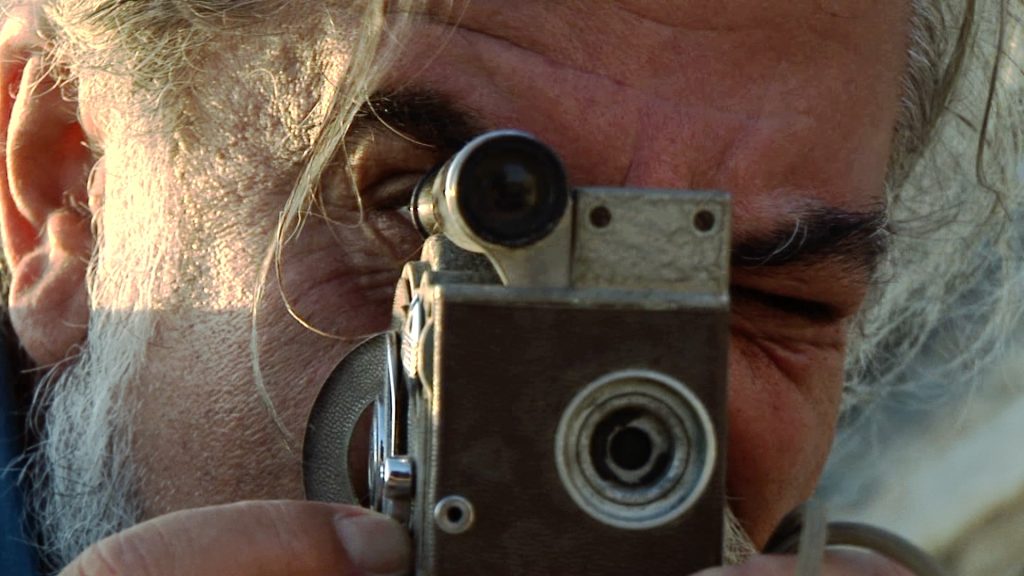 A journey in time through the eyes of two generations of filmmakers, at the same remote island in Greece from the ’70s until now. Yiorgos Kolozis went to Donoussa for the first time in 1972, there was no electricity or tourists then. Staying alone at Kedros beach, he acquired the name “Yiorgos of Kedros” and visited many times recording the remains of old times. Yiorgos’ death in 2009 led Yiannis, his son, to continue his work, creating a story in which time is treated as a reconsideration of the present moment. A study in the concept of memory.

YIANNIS KOLOZIS has worked as a director, editor and cinematographer, drawn to fiction for a while, but following back the steps he ended up in documentary. His first feature length documentary “Un Cóndor” was shot in Chile and his second one “Yiorgos of Kedros” was shot from the 70s until now by his father and himself.