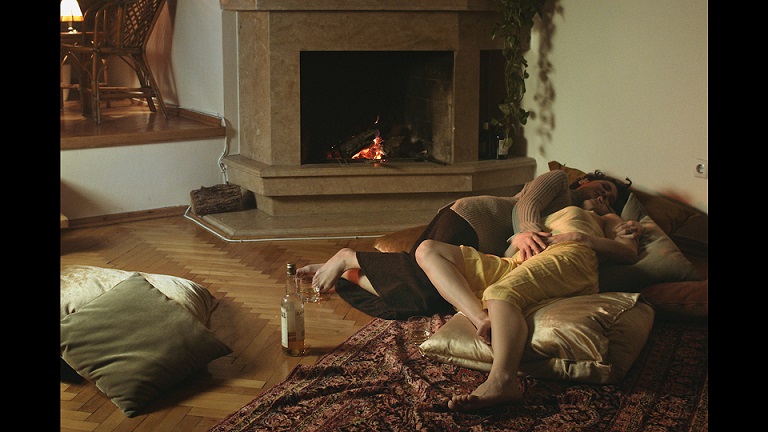 The director believes that the women characters in Atıf Yılmaz’s films Dul Bir
Kadın (1985), Kadının Adı Yok (1987) and Yavuz Özkan’s İki Kadın (1992) are
involved in an implicit lesbian relationship and creates a documentary to
investigate this hypothesis. As the director investigates this possibility by
reaching out to the actors and screenwriters of these films, he simultaneously
shoots new love scenes that fulfil this hypothesis, as new potential endings of
these films. While examining the women characters that began to become more
powerful in the 1980s through a queer perspective, the film questions the sexual
policies of Yeşilçam at that time as it simultaneously depicts a new possibility
in cinema’s screen of dreams.

A queer activist, artist, and director, Metin Akdemir won national and
international festival awards for his shorts, I’ve Come and I’m Gone (Ben Geldim
Gidiyorum, 2011) and The Küpeli Baths (Küpeli, 2013). His films have been
screened at numerous festivals, among them Sarajevo, IDFA and Jihlava. Akdemir
produced works of art with the KaraPembe Queer Art Collective and participated
in the organizing committee for LGBTQ+ themed contemporary art exhibitions since
2012. He regularly puts together exhibitions featuring the work of queer feminist artists under the series titled, “Boundary-Less”, and is an active
member of the drama queer Art Collective. He has recently completed his
documentary work Scenes I Imagine that deals with censorship of queer desire in
Turkish cinema.